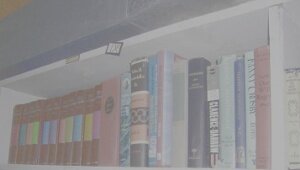 About Broadwater Friends of the Library

Welcome to the home page of Broadwater Friends of the Library.

Broadwater Friends of the Library was formed on April 4, 2011 commemoration of the 75th anniversary of the Broadwater Public Library first opening its doors to the public on Saturday, April 4, 1936.

The purpose of this organization is primarily to focus attention on the Broadwater Public Library, and to raise funds through donations, gifts, endowments, grants, and bequests to maintain and enhance the library and its services to better serve the population near Broadwater, Nebraska.

The organization has been formed, and officers selected as follows:

Copyright 2011 by Elizabeth Kulacz
All Rights Reserved
No part of this page may be copied as a whole or in part, except in brief citations under the "Fair Use" provision of US and International Copyright Law without written permission of the author.